Indigenizing the classroom, decolonizing our minds

History of our Neighbours 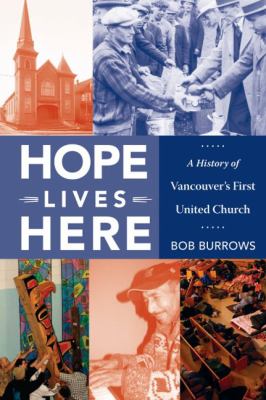 A history of Vancouver's First United Church in the Downtown Eastside and its role as caregiver and defender of the poor, the needy and the homeless inhabitants of Canada's poorest postal code.

At the wilderness edge On this patch of grass

"On This Patch of Grass is an investigation into one small urban park -- Vancouver's Victoria Park, or Bocce Ball Park -- as a way to interrogate the politics of land. The authors grapple with the fact that they are uninvited guests on the occupied and traditional territories of the Musqueam (xʷməθkʷəy̓əm), Squamish (Skwxwú7mesh), and Tsleil-Waututh (səliľwətaʔɬ) nations." -- Amazon.ca. 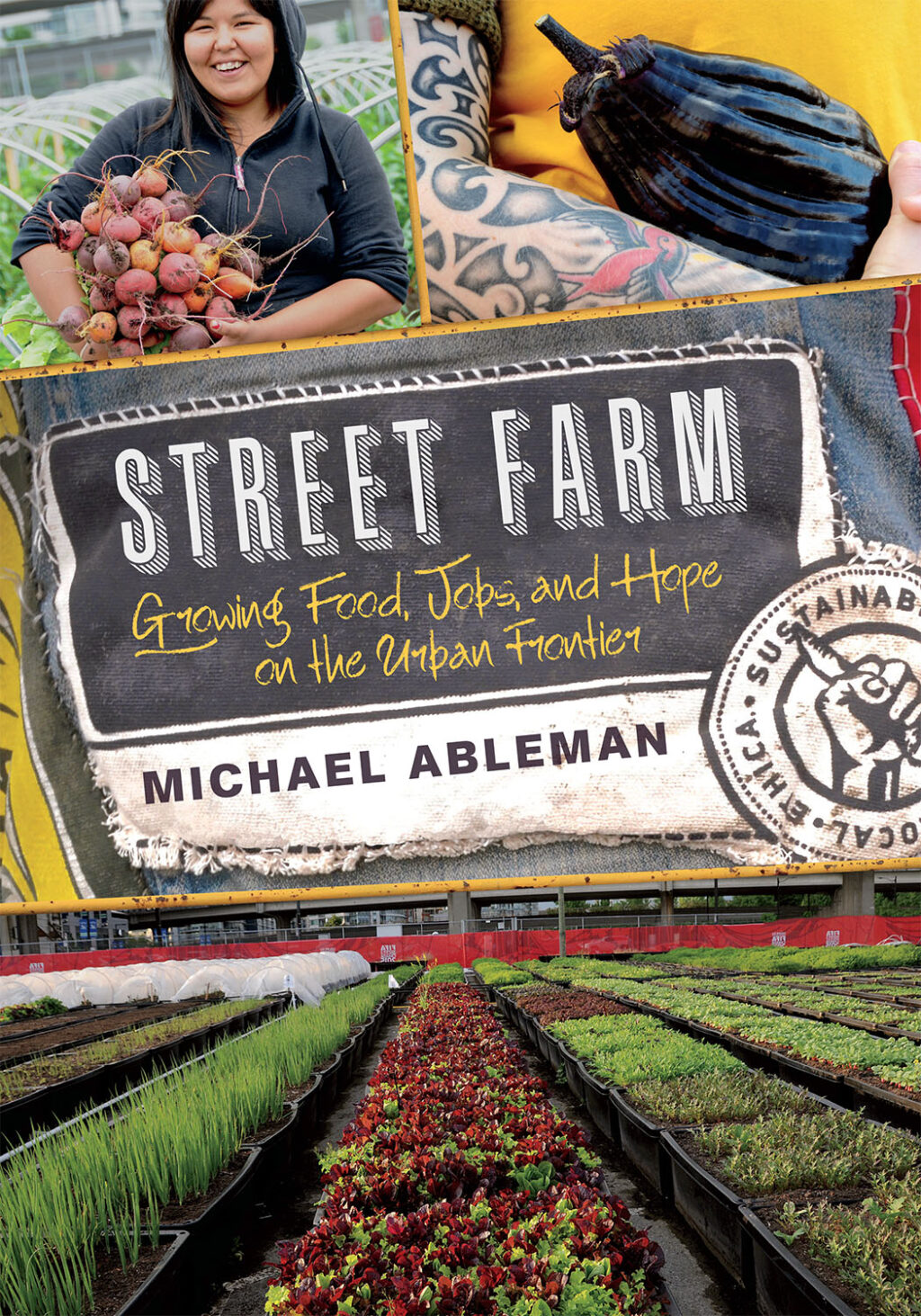 "Street Farm is the inspirational account of residents in the notorious Low Track in Vancouver, British Columbia--one of the worst urban slums in North America--who joined together to create an urban farm as a means of addressing the chronic problems in their neighborhood." -- Amazon.com.

Trouble on Main Street portrays a nation, and a time, at once relatively recent and shockingly unrecognizable. Over a century later, the links between local pressures, policy, and international events provide insight into current debates on terror, immigration, and Canadian security. 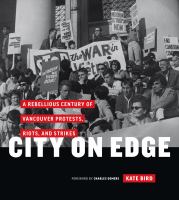 Every question you want answered about one of Canada’s greatest cities is in this encyclopedic book — from Vancouver’s diverse ethnic groups to the origin of its street names. 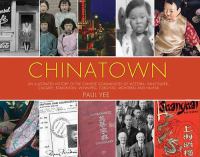 "In this book, extensively illustrated with contemporary and archival images, author Paul Yee tells the stories of eight Canadian Chinatowns -- Vancouver, Victoria, Calgary, Winnipeg, Toronto, Ottawa, Montreal, and Halifax -- and explores the unique culture and heritage of each. He outlines the challenges that Chinatowns have overcome in the face of urban redevelopment and profiles the many ways Chinese Canadians dealt with the hostility they encountered from their fellow citizens." -- Amazon.ca.

"The story of how Vancouver grew from a ramshackle tumble of stumps, brush and crude wooden buildings to today’s urban metropolis turns out to be interesting, complicated, frequently rancorous and occasionally even funny. And the book is, as the author hoped, "fun, fat and filled with facts." -- Publisher's website. 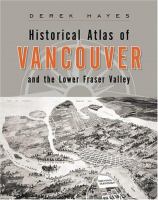 Historical atlas of Vancouver and the lower Fraser Valley

"More than 370 original maps chart the regions development beginning with the years of discovery and exploration. These maps evoke such historic events and developments as the founding of Fort Langley, the first settlements on the inlet, and the filling in of False Creek, along with more recent aspects of this richly diverse area such as the real estate boom and the explosive growth of Vancouver." -- Amazon.ca

Making Vancouver explores social relationships in Vancouver from 1863 to 1913. It considers how urbanization structured social boundaries among Burrard Inlet's increasingly large population and is premised on the belief that, in studying social boundaries, historians must abandon single category forms of analysis and build into their research strategies the capacity to explore complexity.

Namely Vancouver traces the fascinating origins and history of Greater Vancouver's place names--its streets, neighbourhoods, waterways, mountains, boroughs, and buildings, among others, in an illustrated historical glossary that takes you behind the ubiquitous signs and symbols, and provides a unique vantage point on the city.

Inspired by the startling realization that, like many children of Chinatown, he had been adopted, Choy constructs a vivid and moving memoir. From his early experiences with ghosts, through his youthful encounters with cowboys and bachelor uncles, to his discovery of family secrets that crossed the ocean from mainland China to Gold Mountain in the form of paper shadows, this is a beautifully wrought portrait of a child's world from one of Canada's most gifted storytellers.

"The Thompson and the Okangan" is the first volume of a collected edition of all the field work done by Charles Hill-Tout in the period 1895-1911.

"This intimate biography of a community leader illuminates a difficult, unresolved chapter of Canadian history and paints a portrait of a resilient and principled woman who faced down her every political foe, unflinching, irreverent, and uncompromising."--Publisher's website. 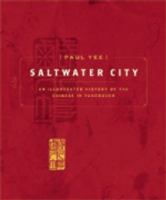 Saltwater City pays tribute to those who went through the hard times, to those who swallowed their pride, to those who were powerless and humiliated, but who still carried on. They all had faith that things would be better for future generations. They have been proven correct. 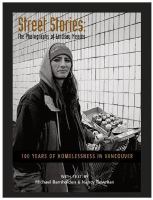 There have been homeless people in Vancouver since it was founded in 1886. As in other major North American cities, homelessness in Vancouver followed the economic logic of boom and bust capitalism. However, since the run-up to the World Exposition of 1986, that logic has no longer been the determining factor influencing the growing number of homeless in the city. The “new poverty” that emerged in the 1980s is a product of the transition from an industrial-based capitalist economy to a post-industrial, global economy and a culture of consumerism, and the images of the homeless continue to haunt our social imagination.

"The author examines the who, what, where, when, why, and how of Vancouver, shedding light on the various strategies and influences that have made the city what it is today (as well as what it should be). From a history of anti-Asian racism to a deconstruction of the city's urban sprawl; from an examination of local food trends to a survey of the city's politically radical past, Vancouver Special is a love letter to the city, taking a no-holds-barred look at Lotusland with verve, wit, and insight." -- Amazon.ca. 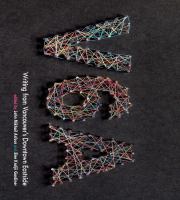 The last gang in town

The Last Gang in Town features previously unpublished photos and police documents, as well as testimonials by surviving gang members and police officers who speak for the first time about the notorious police shooting that resulted in the death of a Clark Park Gang member. The book is a compelling portrait of early-1970s Vancouver, and an intriguing and sensational history that puts the spotlight on the after-dark underbelly of the city's not-so-distant criminal past. 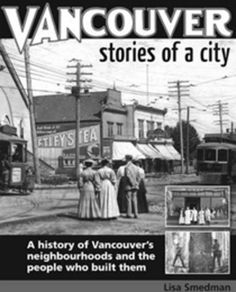 Vancouver : stories of a city

A collection of 12 essays based on a series the Vancouver Courier ran in 2006 and 2007. The book is a source of mostly primary material from the Vancouver Archives; it contains historical documents, interviews and original archival photos, postcards, and maps. The aim of the series was to explore how Vancouver streets were named but Smedman was captivated about the story of the people the streets were named after. The book focuses on the social history looking at significant people of Vancouver, as well as exploring development, politics and governance from the late 1800s to early 1900s. 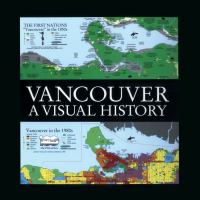 Vancouver's Chinatown offers an exciting interpretation of a locality whose significance extends far beyong the boundaries of Chinatown into the contemporary public affairs of any society in the Western world that receives immigrants.